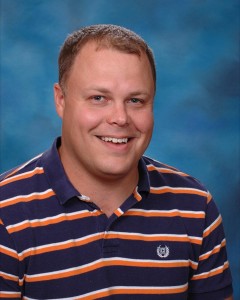 Coach David Nelson has been the head coach of the Aquajets Swim Team and Norfolk High School since the fall of 2002. He has extensive experience in competitive swimming. As a nationally ranked age group swimmer in Canada to a 6 time All American at the University of South Dakota in Vermillion, South Dakota, he has witnessed and experienced a lot in the sport of swimming. A 3rd place at the NCAA Division II National Meet in 1999 for USD ranks as his greatest accomplishment as a swimmer on a team. Contact Coach Nelson at: dnelsonusd@yahoo.com

Renee Cleveland was on the Norfolk Aquajets from 1981-1998.  She was also on the Norfolk High School swim team from 1994 to 1998.  Renee qualified for state all 4 years.  She went on to swim at the University of Nebraska at Kearney.  Renee has been coaching for the Aquajets since 2015.